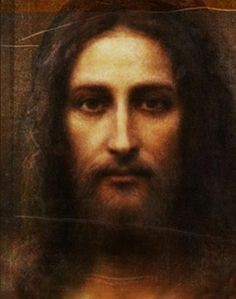 There was a time when the first-born daughter of that great English expositor of Scripture, Dr. G. Campbell Morgan, lay at the point of death. Years later, speaking on the incident of the raising of Jairus’ daughter, he said these words:
“I can hardly speak of this matter without becoming personal and reminiscent, remembering a time forty years ago when my own first lassie lay at the point of death, dying. I called for Him then, and He came, and surely said to our troubled hearts, “Fear not, believe only.” He did not say, “She shall be made whole.” She was not made whole on the earthly plane; she passed away into the life beyond. But He did say to her, ‘Talitha cumi,’ that He needed her, and He took her to be with Himself. She has been with Him for all these years, as we measure time here, and I have missed her every day. But His word, “Believe only,” has been the strength of all the passing years.”890
Ray Stedman has told the story of a time when he and his wife were driving through Oregon with his little daughter, Susan. She had developed a fever the night before, when they were staying in a motel, but it didn’t seem serious. As they drove along, all of a sudden the little girl went into convulsions. Her eyes turned up, her body began to jerk, and she obviously was in great danger. Stedman’s heart clutched. He stopped the car, grabbed Susan, and stumbled across the road to a farmhouse that happened to be visible nearby. It was about six in the morning, but the frantic father thundered on the door. When a woman appeared, he cried out, “My daughter is very sick—she’s in convulsions. Do you have a bathtub where we can put her in warm water?”
The lady was so taken aback she hardly knew what to say. She motioned down the hall, and without waiting for any words, Stedman pushed the front door open, went down the hall, and started running water in the tub. Later he called a doctor and arranged to take his daughter to him for an examination.
It all turned out all right, but Stedman never forgot that moment when it looked as though his daughter was going to die. Later he found out this farm family had the only bathtub and the only phone for miles around!
This is the same emotion that drove Jairus, that agonized father, to Jesus—the fear that his little one, who had blessed their home and filled it with sunshine for twelve years, was to be taken from them.891